Unlike the Jurassic World (2015 Series), which used preexisting licensed and generic Matchbox castings, this line debuted a lot of new licensed castings based on their appearance in the Jurassic Park movies with very little use of preexisting models other than the Utility Truck (2006).

The line returned as the Jurassic World (2019 Series) with 2 lines instead of 4; with Battle Damage, Legacy Collection, and Playsets taken out. MBX Entertainment and Dino Transporters are carried over, with Dino Transporters being renamed to Dino Rivals. 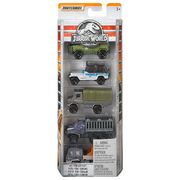 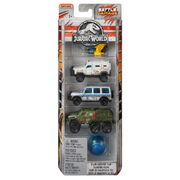